The Best Type of Yoga for Feeling Burned Out

by Lisa Haney as posted on Oprah.com as “This is the Best Type of Yoga to Do When You Feel Totally Burned Out | The joy and benefits of restorative yoga.”

Comment by Deb Phelps, Owner of Meditate Madison:
I agree with the author in this piece that it is THE best type of yoga if you feel stressed out, anxious or overwhelmed. It is my most requested class next to the Crystal Singing Bowls. At times, I do both at the same time in a session. I also offer private sessions created to meet your needs, (see the private sessions page.) Be sure to see our Event page for the next offerings of Restorative Yoga., called “Rest & Restore.”

I used to think yoga was a series of poses you had to endure in order to get to the lying-down part. Then, five years ago, I discovered a practice that turned this idea on its head. I’d been searching for a way to heal a literal pain in my butt, ease my constant fear of losing my job, and fix a strained relationship. What I found was restorative yoga.

Think of it as lazy yoga—comatose yoga, even. In a typical class, which you can find at most studios, you usually do fewer poses but hold each one longer, staying in it for anywhere from five to 30 minutes. And instead of actively stretching your muscles, you use props—blankets, straps, blocks, firm body pillows called bolsters—to support your weight and allow your muscles to release. The instructor may talk you through the setup for each position and then tiptoe around, making everyone as cozy as possible. You lie there not doing anything, just being—something most of us feel too guilty or strung out to do on our own.

My very first class left me feeling like a new woman. The studio had a womblike vibe, with soft music and dimmed lighting. After being led through moves that involved resting my belly on a cylindrical bolster in child’s pose and hugging a bolster in a fetal position, I emerged feeling like the tension in my butt and body had melted away and the worry loop in my mind had paused. For the next six months, I was a regular at that class. Over the years, I popped into a session whenever I needed a tune-up.

“Restorative practice works because you’re restoring your muscle and brain function,” explains Roger Cole, PhD, a certified yoga instructor based in Del Mar, California, who trains teachers in this style. As class starts, most people are a little twitchy, but after about 15 minutes, there’s a shift, explains yoga teacher Judith Hanson Lasater, PhD, author of eight books on yoga. “You have no ambition to move or curiosity about the sounds that occur outside you,” she says. This deep relaxation and inward attention is known in yoga texts as pratyahara—a conscious withdrawal from the senses. “That’s the state where you’re resting in your true self,” she says.

Scientists don’t fully understand why the practice makes people feel not just rested but reborn. However, a growing body of evidence suggests it has measurable health benefits. Cole contributed to one study that showed a six-point-greater drop in blood sugar in a group of prediabetics who practiced restorative yoga (at least 30 minutes three times a week for a year) compared with those who did stretching exercises. There’s more: The restorative folks lost two pounds more than the stretchers, along with nearly a half-inch more from their waistlines. “We were surprised by the weight loss,” says lead study author Alka Kanaya, MD. It made researchers think that another mechanism that they weren’t able to measure—possibly more mindfulness, relaxation, or better sleep—might be at play, Kanaya says. Studies also suggest that restorative yoga can decrease hot flashes during menopause, as well as reduce fatigue and boost quality of life in women with breast cancer. “Long-term practice can also become a buffer to chronic stress,” says Aditi Nerurkar, MD, an integrative medicine physician who teaches at Harvard Medical School.

Last summer I found myself craving a buffer as well as some bolsters. With my husband and young son, I’d recently relocated from New York City to a town upstate, and I felt unmoored. Then I found a restorative class held on a rooftop at night. Alongside 20 strangers, I stretched out under the stars and let my brain waves ebb and flow. Two hours later, after the teacher gently brought us back to earth, I sat up, pressed my hands together, and bowed my head. For the first time since the move, I felt like I was exactly where I needed to be.

The Roots of Restorative Yoga
B.K.S. Iyengar, who helped bring yoga to the West in the 1950s, invented a style in which holding poses longer and using props are the main event. Iyengar included restorative sequences in his classes. One of his former students, Judith Hanson Lasater, brought restorative practice into the mainstream with her book Relax and Renew: Restful Yoga for Stressful Times in 1995 and creating a special teacher certification. 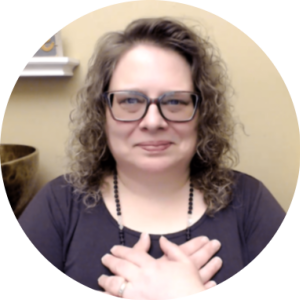 Deb Phelps is a certified Mindfulness and Meditation Teacher, and Practitioner since 1980. She is also a Mindfulness Coach, Sound Energy Practitioner, and Yoga Specialist who uniquely assists her clients to overcome stress, anxiety, PTSD, grief, and other life situations so that they can once again live purposeful, joy-filled lives. Deb has overcome significant life challenges aided by a variety of mind-body-spirit practices. By diligently using these tools over many decades, she found a life of contentment and equanimity. Through extensive education and life experience, including living for one year in a spiritual community, she assists and inspires others to do the same. ~ Deb Phelps, C.MI, MMT, E-RYT200, RYT500, LVCYT, YACEP

Previous Post What is Sound Energy Healing Therapy?
Next Post Experiences You’ll Have as You Practice Meditation

How Yoga Nidra Can Connect Us to Intuition

What is the Best Way to Connect to Inner Wisdom?

Your Body on Nonstop Stress

Taking Care of Ourselves

Tips for When You Slip Out of Balance

Down to earth, thorough instruction in mindful practices to nourish your mind, body and spirit.

Deb Phelps, C.MI, MMT, E-RYT200, RYT500, LVCYT, YACEP and Peaceful Wellness Institute provide mindfulness meditation instruction, sound and energy healing, yoga instruction, aromatherapy, healing modalities, and spiritual studies as self-help, self-improvement, learning, motivation, relaxation and de-stressing aids. They do not constitute a replacement for medical or psychological treatment and Peaceful Wellness neither expresses nor implies any claims to the contrary. Be sure to check with your physician or psychotherapist before starting any program.